Glossary |
May the eternal sky acquire the form of the Earth absorbing Sansara into the empty field of absolute potential (shunyata) and freedom (moksha).

Just as the moon’s great illumined radiance may the world be enveloped by faith.

Just as the sun’s glorious illumined radiance may the world be surrounded by perfect wisdom.

Just as the conch’s sound may the world resonate with the Dharma.

Just as the holder of the dorje (vajradhara), may the world be adamant with the love of the soul (atma), the supreme soul (paratma) and the non-self (anatma).

Just as the eight-petalled lotus carries the fragrance of divine reminiscence, may the world be encircled in morality, wisdom and meditation.

I bow in homage to Lord Maitriya and to the followers of all religions.

The six year meditation has been accomplished in search of our purest way to world peace and the liberation of all living beings.

In this Age of Kali the world is in the trap of the sansaric wheel and has changed into a world which is wandering about aimlessly.

I will be awakening the world which has been influenced by the circumstances of the ages with Maitri Nath’s Maitriful compassionate feeling.

This matter is unfathomable to the world.

The coming of Lord Maitriya has occurred in this world up to four times.

But he left, leaving only his voice for this world.

Thirty five thousand years before today, because of their morals, wisdom and meditational skills, thousands Bodhisattvas were able to become Arhants.

That time, the elder sister took the form of a Bodhisattva.

The younger sister achieved the Miraculous Perfection and intended to destroy Sansara.

The names of those two sisters were Bodhi Shravan and Mohima.

Then, in the Sakya Clan, Siddhartha Gautama Buddha was born as the result of the previous meditation.

Siddhartha Gautama Buddha, in the search of the past meditation, to be able to concentrate again, renounced the home.

Due to the continuation of previous meditation (meditation of remembering past and previous lives); achieving Purva Gyan Siddhi (perfection in wisdom of knowing past lives), he re-established the system of morality, insight and Samadhi in the world.

At the time of obtaining the Final Nirvana, being absorbed in Samadhi, the darshan of Lord Maitriya was directly received.

Two thousand years ago from now, I was on this Earth. In that situation, I remained alone in meditation.

In that state, there was an extremely barbarous transitional occasion; in that situation (I) was murdered.

After 75 days I realized that I was dead.

In order to liberate such a world, wandering in that form of consciousness for up to 2000 years was painful.

Suddenly there was the sound of thunder, and I was able to achieve birth from my mother’s womb.

"Soon after birth, you will go into meditation".

This kind of thought overwhelmed my subconscious memory.

The world (my goal) that had been forgotten through Mother’s womb and the touch of love, was recalled after six or seven years.

One day a great person (colossus) clothed in a white robe delivered an oration.

Day by day, the information of the past meditation was revealed.

Meanwhile, at the age of about eight or nine years old, one miraculous vision appeared.

A small distance from the village of Ratanpur a Tharu family brought a dead body to be cremated.

At the time I was playing together with some friends.

Suddenly, I caught sight of the blazing funeral pyre.

There was a vision of one brilliant ray of light that was seen to pierce the sky.

The bright light was a green and yellow color.

From that time, day by day I was able to recall the past wisdom.

Because of that brilliant illumined radiance of the funeral pyre, I became more and more aware that just as after death, humans could attain liberation.

After that the past meditation was recalled.

Due to the occurrence of the brilliant light, it was necessary to have a place in order to relax alone and concentrate.

Due to the recollection of the previous meditation, starting from the seventh chakra reaching the Brahma Chakra, defilements (Klesha) and delusions (Mara) being destroyed, an invisible cluster of light entered the body.

In that state, being one with water, air, sky, Earth, and the Sun, I was able to obtain all sustenance through meditation.

Then the functions of the body at that time slowed down, and I was able to hibernate.

Having been in the same asana for ten months, due to the coldness of the Earth, the rain of storm clouds, the cold weather`s mist, the cloth on my body had become very thin.

When I looked behind, I saw that the termites had eaten my clothes.

I searched to move my body. The whole body was cramped and the body was neither able to feel hunger nor hot nor cold. My focused energy purification practice (tapasya charya) remained surrounded with the disbelief of the whole world.

This daily routine of mine was hard to be accepted by the world.

Even today, I am seeing many skeptical people.

The one who can reach the depth of the inner Maitriya will be optimistic and overwhelmed in truthfulness.

Those who acquire the wrong form will be overwhelmed with pessimism.

In the search of the Cosmic Body of the Great Vehicle (Mahayana Dharma Kaya), if my bodily-aggregates don`t stay, what message can I give to the world?

And while I was single-mindedly abiding in the meditation on the wisdom I had received for the sake of the world, in the evening there was a voice from heaven saying:

At that time, I was face to face with the blessed one’s divine sight, the two eyes shining with green and yellow light.

That light entered the body manifesting the power of fire.

After that, some unsatisfied people were preparing to attack this emaciated body.

The recollecting thoughts of the emaciated body changed.

Heading southwards from the first site in the process to find a place to be alone, the old committee members were remembered.

So as not to cause worry, I waited from morning under the payer tree.

At eight or nine in the morning, with the sound of footsteps, a group of 7 people arrived to meet in the lonely forest with hearts washed with faith and devotion and eyes filled with tears.

These seven persons were Dharma Practitioners in their past lives.

With hearts bathed in faith and devotion and tears in their eyes, the seven people said, “What were we lacking?” thus expressing the feelings of Maitriya and compassion.

Leaving all matters behind after they had understood the explanation, I moved ahead in search of my own way.

From there, up to nine days, I proceeded forth on a long journey being in “Awakened-Meditation” (Jagrit Dhyan)

There is a river in Chitwan flowing in between with currents.

I crossed that river at night and head south in a state of meditation: “Hey, Child-Sage (Bal Muni), if you don’t take care of your body, you won’t exist to speak, then the forms of the Dharma will be lost.” Hearing this divine voice, I with my path headed once more towards Halkhoria.

After arriving in Halkhoria, I already said not to look for me up until six years, but being without shame, I found an odhar (a small sheltered place just big enough to hide the body, normally where animals hide during rain) inside a hill northeast of Halkhoria.

While spending three months in the cave without water, air or the heat of the Sun, a hunter in search of animals came.

The cave was seen by him.

The poor hunter, in greed of the animal’s flesh, was waiting outside.

“Who`s there, is it a man or animal?” he yelled up to three times. Then, I raised my hand outside the cave and showed my head too.

The poor hunter, being desirous and in greed of the flesh of the animal stood up.

For the happiness and well-being of the world, for the jungle, for conservation of plants, likewise for the hunter, I am doing Maitriya meditation (dhyan).

Staying at the base of the the wish-fulfilling tree of Halkhoria`s Banyan tree and under the Sindhuli tree at Baghjor, with soul, body, and speech applied to seeing Sansara for the world, thousands of revelations (darshan) of feelings (bhav), revelations of wisdom (gyan), and revelations of meditation (dhyan) at Halkhoria`s wish fulfilling tree and at the delightful Jungle of Baghjor, realization of the worldly cycle of existence, and joyous insights of various aspects (nana asana) of Dharma were received.

That time, being in this emaciated body, within the atmosphere of squalls proceeded by a dark cloudy secluded night alone in Halkhoria, being absorbed in between the soul (Atma) and the Super Soul (Parmatma) I received a direct vision face to face (darshan) with Maitriya Nath.

The directly witnessed revelation and his statements cannot be told to this Earth yet.

In the wisdom of enlightenment, our happening to be the same five-elemental body...

...as well as submerging in the feelings of love (Maitri Bhavna) that the whole world unite in the same feelings for the Earth to transform the worldly cycle of existence into love and compassion (Maitriya and Karuna) is the wish.

Seeing through the worldly vision to the soul, body and speech, spreading the World Peace Great Prayers throughout the world for the benefit and welfare of all beings and the conservation of flora, I will be giving the true understanding (satyagyan) of the entire universe through heeding the morals and meditational (samadhi) wisdom (pragya).

By material joy and comfort alone, in human life the path of liberation (Mukti) cannot be achieved.

If morals or rules are followed one may be released from worldly materialism as well as from the cycle of birth and death.

And, if in the name of religion spiritual opulence (riddhi) is shown, miracles are demonstrated, it is contrary to the rules of Dharma.

Suffering remaining, fear and terror, the practice of enlightenment, divine eye, extremely pure mind-exceeding knowledge, great compassion and enlightened mind are the revelation of the field of infinite potential (Sunyata).

Being dedicated for the sake of the sentient beings of the world, doing dedication...

wherever samadhi takes form, there is Dharma.

Whoever in this world reaches the conscience of Maitriya.

whoever, being in the union of the supreme soul (Parmatma), drinks the elixir of samadhi...

…opens the worldly gate of Matreya Nath`s loving understanding and feeling for the world (Sansara).

There is direct manifestation of the Truthful Being (purush), the Great Being (maha purush) and the Buddha Being (buddha purush).

Wherever there is the eternal existence of all human life; there, life’s perfection is Dharma.

In the perfection of Dharma, there is Shunyata (emptiness).

Encountering the feeling of Shunyata, there is enlightenment (Buddhatva).

Shunyata and Buddhatva are formless and unmanifested;

stronger than a rock of memories of material pleasure.

Inside the wisdom of buddhahood/enlightenment (buddhattva), there is peace, there is principle, gaining liberation for the world. 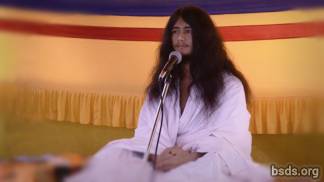 Maitriya Message Given On The Completion Of Tapas On May 20, 2011 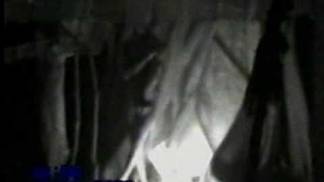 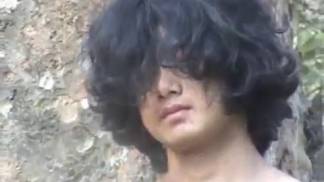