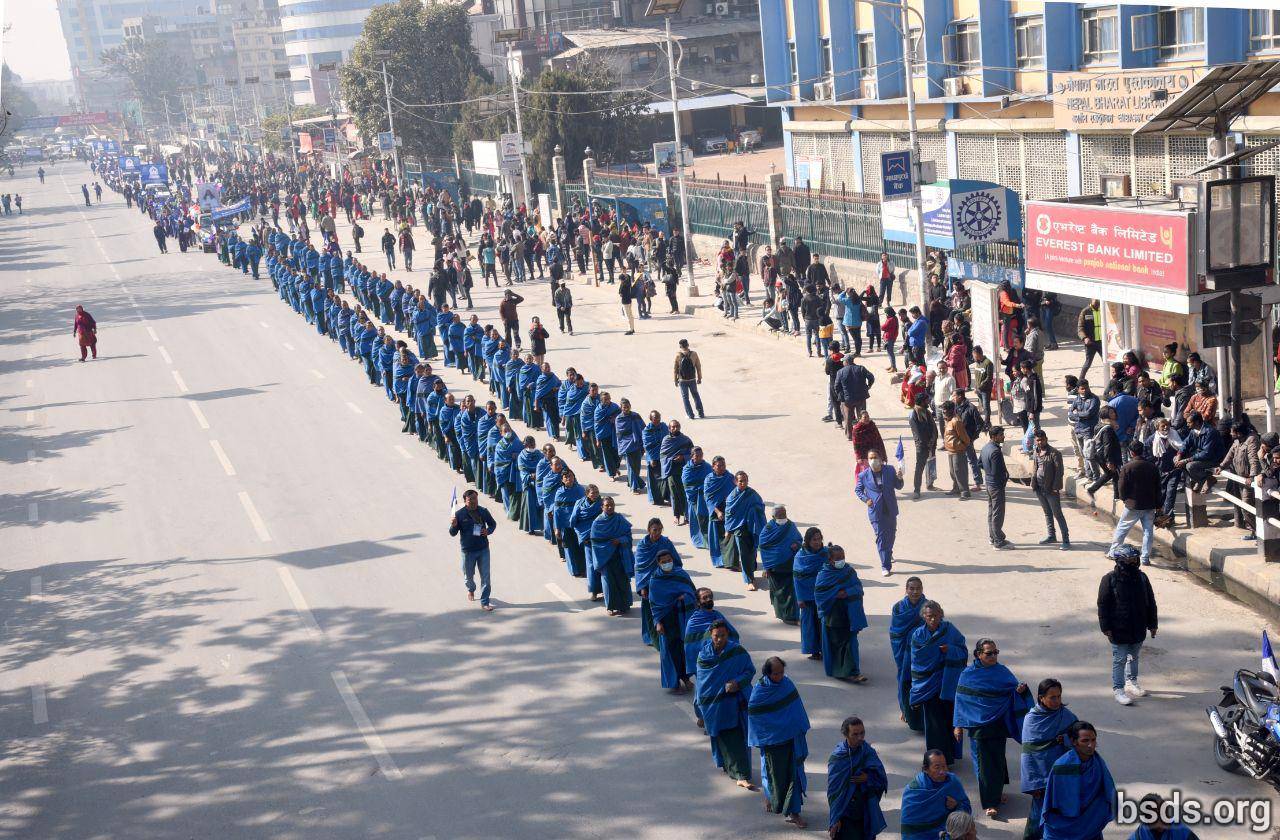 March 9, 2020 1284
In a burst of exuberance and devotion, thousands of Maitri devotees took to the streets of Kathmandu early in the morning of 29th February, to share their joy with the people of Nepal at large. Here the addition of many young and very young devotees in the crowds was quite remarkable and inspiring. Hundreds of Maatma GuruMarga gurus led the way followed by thousands of devotees gathered from all Nepal, walking barefoot, holding up placards with tantalising statements from Guru’s teachings, introducing the new world order. A little boy held a placard saying “the only true dharma is that which brings Mukti-Moksha liberation”. 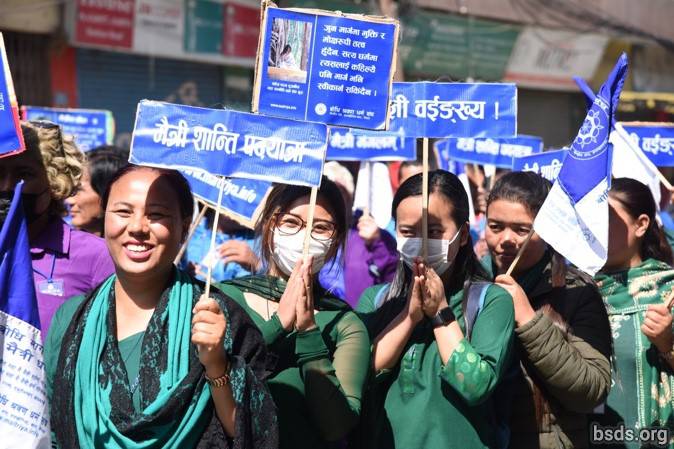 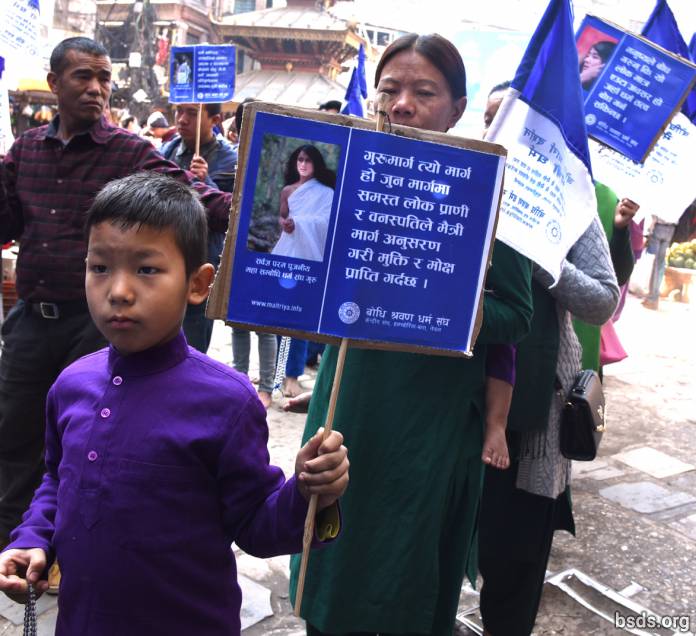 This small boy in Maitri purple holds a placard that declares "GuruMarga is that path in which all the creatures and plants of the world abide by the Maitri Path and obtain Mukti-Moksha liberation", expressing the equality of all living beings and the clear-cut path to world peace as well as eternal liberation. 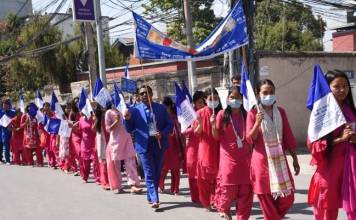 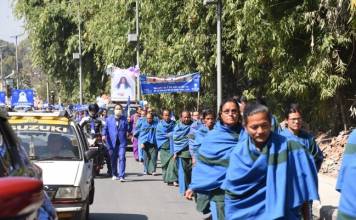 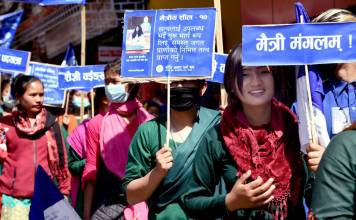 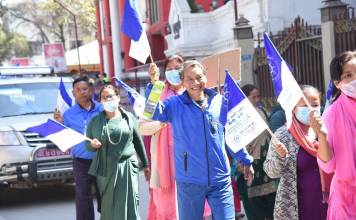 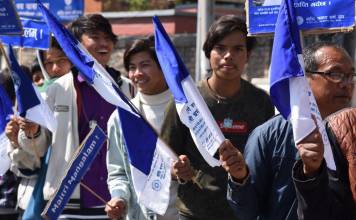 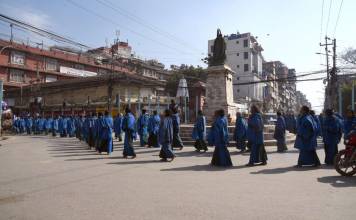 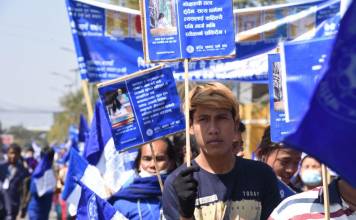 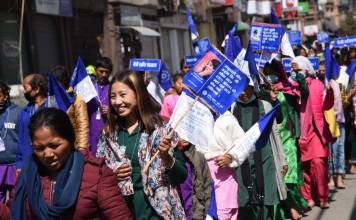 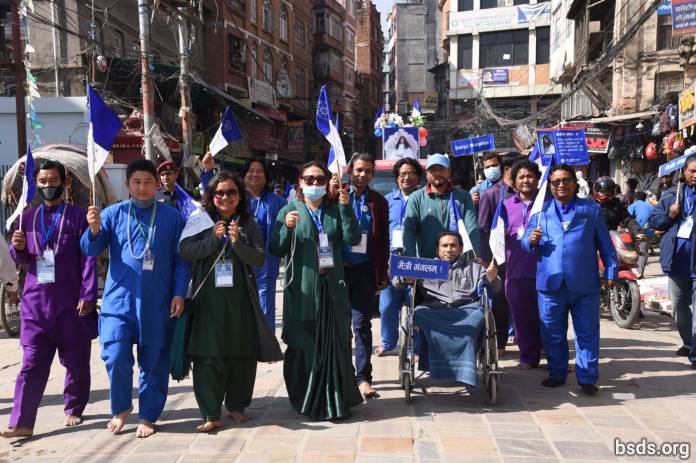 Happy Peace Walkers from the secular devotee groups from all over Nepal joyfully gather to announce the arrival of Maitri Dharma.

After a 4.5 hour walk through the city’s old and new quarters, participants gathered at Bhirkuti Mandap in city-centre for a rousing meeting where, for the first time, non-affiliated scholars, writers, former statesmen, doctors and philosophers took to the podium together with GuruMarga Nyengyun and Nayung to express their high regard for the Mahasambodhi Dharmasangha Guru, and their strong faith in the Maitri Dharma for the future of the world. 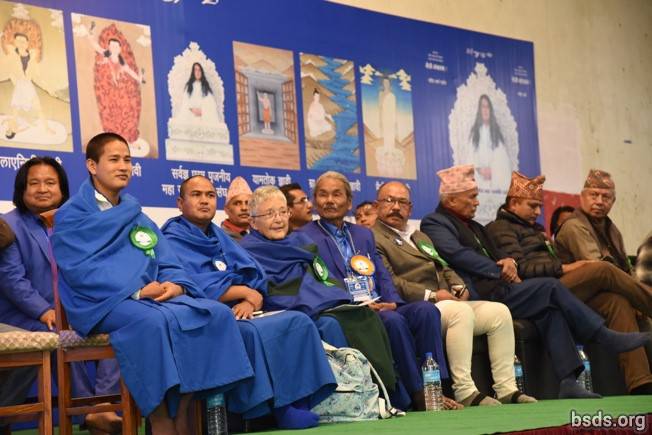 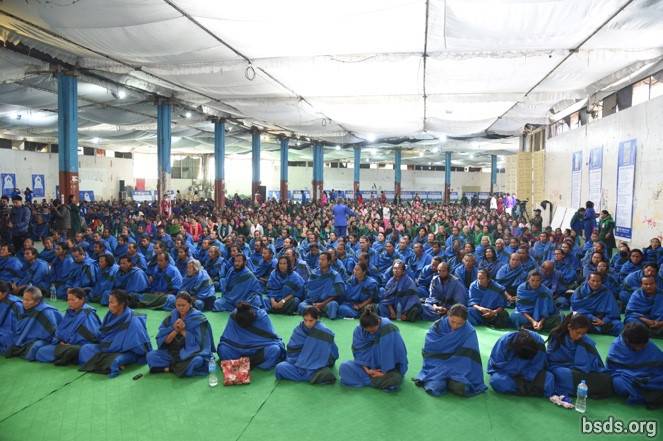 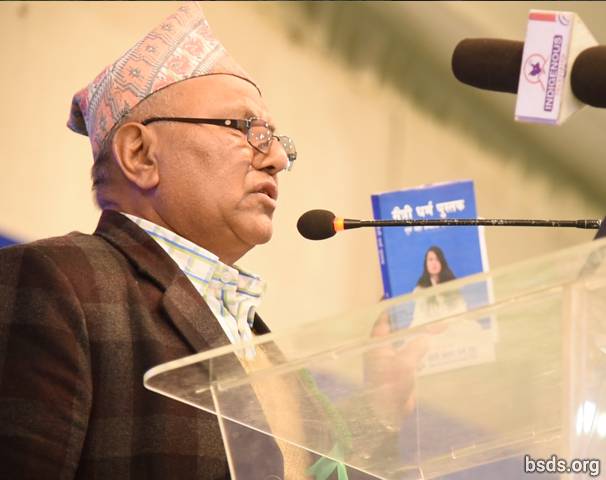 The philosopher held up Guru’s book saying “HERE in this book is the Truth! It says, ‘There are only two species in the whole world: humans and animals.’" This was delivered to rousing cheers and applause from the floor.  It is such a powerful way of defining the First Precept where Guru has instructed us to avoid seeing humans in terms of nations, races, castes, gender, power etc…  In this time of worldwide viral distress and fear, where the "frontiers" between such divisions haw been broken by love, the atmosphere in the colossal tent was incredibly happy, united, confident and positive. Since the truth of the Maitri Marga is shared by most devotees, they know from the depths of their hearts that Maitribhav, directing all life toward Mukti-Moksha, can alone bring the world back from self-destruction, and has already begun to spread its healing effects. 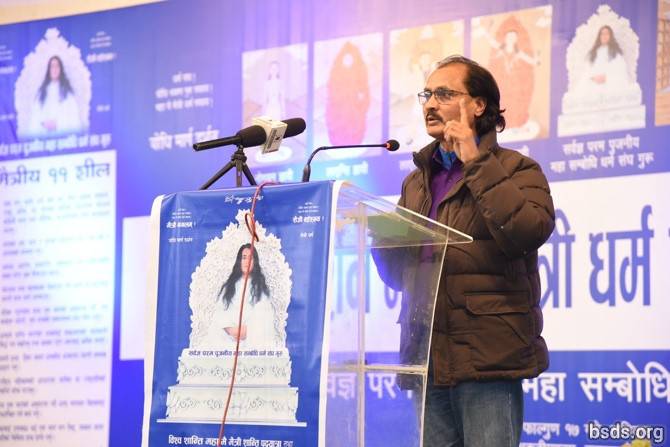 At the Mandap the devotion and enthusiasm was unanimous albeit varied in expression. The meeting marked the end of a turbulent winter and the ecstatic opening of infinite blessings, equally for all regardless of form, gender, cast, or social position. 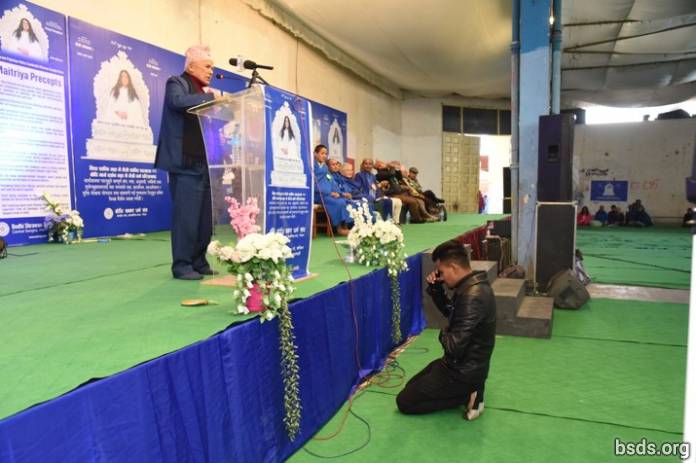 Even as distinguished speakers proclaim their support for Guru, a devotee in a private outpouring of love, kneels before Guru’s image in profound awe and heartfelt reverence, offering his devotion and faith. 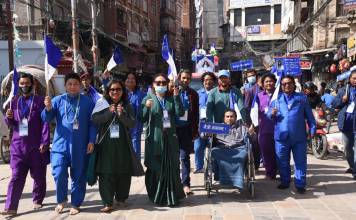