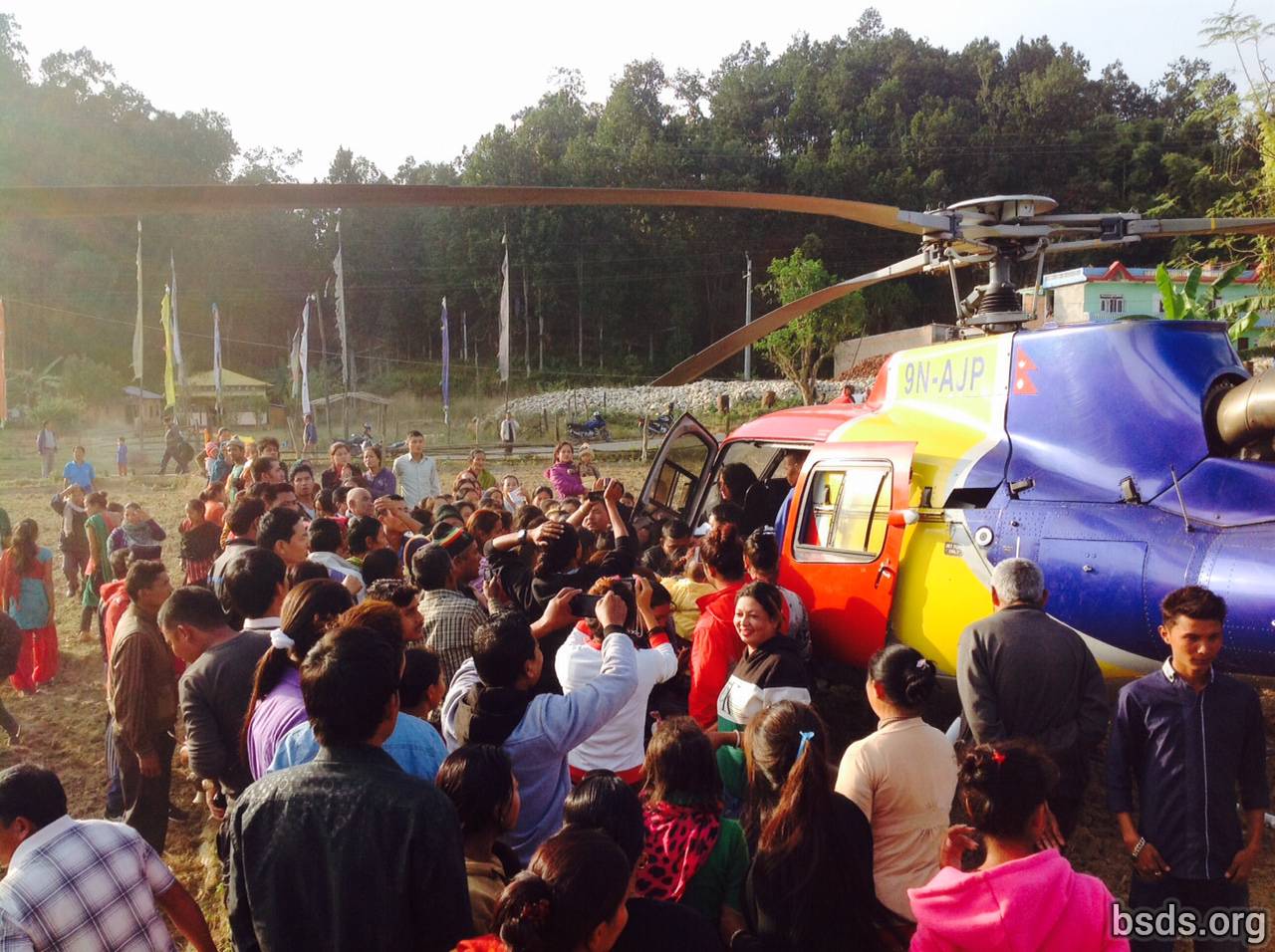 December 8, 2014 1914
Today, the 8th December 2014, Guru took off on a helicopter Blessing Tour from Halkhoria Jungle at 2:15 PM. First the group landed in his Ratanpur native home of Bongjur where his family and neighbours had gathered in the fields and rushed to the helicopter where Guru gave blessings from his helicopter seat to young and old. Next came Patharkot in Sarlahi District where Guru had stayed for one year where once again devoted families and villagers thronged to the landing field forming lines four wide. Diving over more mountains, he visited Sindhulimadi where the energy was electrifying. Each take off seemed to pull against the gravity that came from their hearts, wishing to hold on to the pervasive Maitri Love and Joy.

Throughout the two-hour journey, Guru spread unfathomable Maitri bhavana over the land and the people he so loves. Over soaring and plunging mountains, dense and waving forests, rivers resting or flowing, and all hearts opened or closed, Guru surveyed his beloved Nepal, silently bestowing blessing and protection over all.

Finally Guru landed at the Maitri Dharma Centre in Badegaun in Sindhupalchok at 4:10PM to the warm welcome of all monks and nuns who had been waiting for his return since June.
DOCX PDF
Photos 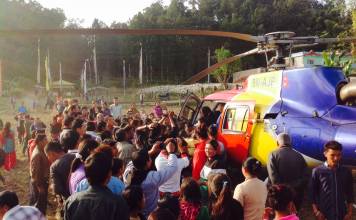