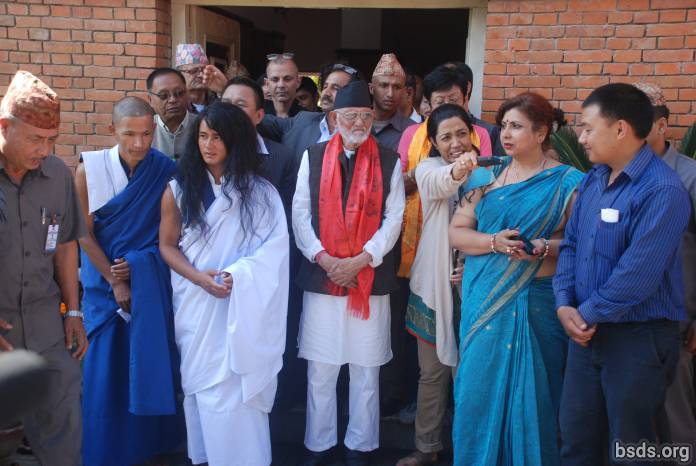 A meeting was held today, the 22nd of October, 2014 between Mahasambodhi Dharmasangha Guru Tapasvi Ramlal Bomjan and Prime Minister of Nepal Sushil Koirala at the Prime Minister’s residence in Baluwatar.

During their meeting the following topics have been discussed:
● The need for peace and prosperity in the country;
● Supporting the development of all religions;
● Presenting the draft of the Constitution on time according to the planned agenda;
● Developing the country’s financial state and therefore preventing the necessity for young people to go abroad for employment opportunities;

These and various other issues have been discussed.

During the meeting Prime Minister encouraged Tapasvi Dharma Sangha to ensure peace, prosperity, development of all religions and Constitutional rules in Dharmic ways.

Dharma Sangha Guru Bomjan reassured Prime Minister that he is working towards the betterment, the enlightenment and the liberation of all living beings from an interreligious perspective. He said that he is permanently focused on establishing everlasting peace and prosperity not only for Nepal but for the whole World.

Bodhi Shrawan Dharma Sangha Guru Ramlal Bomjan who had been meditating for six years without water and food is currently visiting different places to perform World Peace Matriya Puja as well as to spread his teachings.
DOCX PDF
Videos 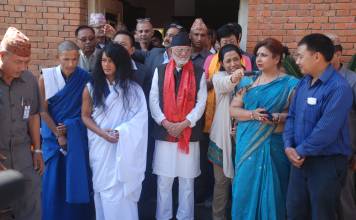